Jaisalmer Fort locally known as Sonar Quila is one of the largest forts in the world located in Jaisalmer City in Rajasthan, India. It was built in 1156 AD by the Bhati Rajput ruler Rao Jaisal, from where it originates its name. This fort is popularly known as the ‘Sone Ka Quila (Golden Fort)’ by the local people and is one of the most magnificent monuments in the city of Jaisalmer. The fort is standing proudly in the middle of the unending golden sands of Thar Desert, Jaisalmer fort is one of the most prominent tourist attractions of Jaisalmer.

Jaisalmer Fort is a World Heritage Site declared UNESCO under the group Hill Forts of Rajasthan situated in the city of Jaisalmer in Rajasthan, India. Fort was built by the Rajput ruler Rawal Jaisal in 1156 AD, from whom it derives its name. (Rawal Jaisal’s son was Shalivahan II; Manj and Bhati Rajputs are descended from him.) Jaisalmer fort stands amidst the sandy expanse of the great Thar Desert, on Trikuta Hill, and has been the scene of many battles. Its massive yellow sandstone walls are a tawny lion color during the day, fading to honey-gold as the sun sets, thereby camouflaging the fort in the yellow desert. For this reason, it is also known as the Sonar Quila or Golden Fort.

There is an individual device hoisted on the crest of the fort’s walls, and was used to assume the weather. The delicate blend of Islamic and Rajput architectural style will definitely catch the fancy of the eyeballs which looks stunning during the night. The Fort of Jaisalmer survived several attacks by the Muslim rulers like Ala-Uddin-Khilji and Mughal Emperor Humayun. Inside the fort complex tourists can find several architectural buildings which include palaces, houses and temples made up of soft yellow sandstone which looks as the Fort is made up of Gold and its beauty rises with the sunset when it gleam like melting gold. Jaisalmer fort has narrow winding pathways which interlock several parts of the fort. The complex of Jaisalmer fort is so expansive that almost one-quarter of the town’s population located in this fort itself.

The most famous splendid structures such as the Maharawals located in front of the Chauhata Square. The foremost attraction of this place is Maharawal’s marble throne which is placed over a flight of marble steps. An added famous tourist attraction of this place is a five-storied Tazia tower located head-to-head to the Maharawals palace. This tower was constructed by Muslim craftsmen and is made with decorative Bengali styled roofs.

The one more beauty section in the palace is the Jawahar Palace is among the other tourist attractions of Jaisalmer fort which was the residence of a royal family. This place is famous for its beautiful construction and ornate design which captivate tourist’s attention during their visit to this palace. Ganesh Pol, Rang Pol, Bhoota Pol and Hava Pol are the entrance gates of this fort which is known for sculptured beauty and beautiful design. Some havelis are many hundreds of years old. In Jaisalmer, there are many elaborate havelis carved from yellow sandstone. Some of these have many floors and countless rooms, with decorated windows, archways, doors, and balconies.

The most visited places of this fort are the Raj Mahal, The Jain and the Laxmikanth Temples and several other temples and gateways.

How to Reach Jaisalmer Fort 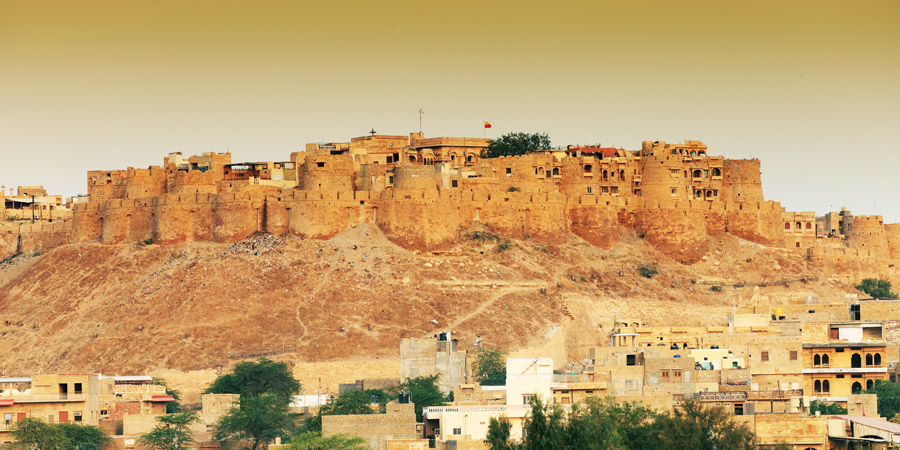 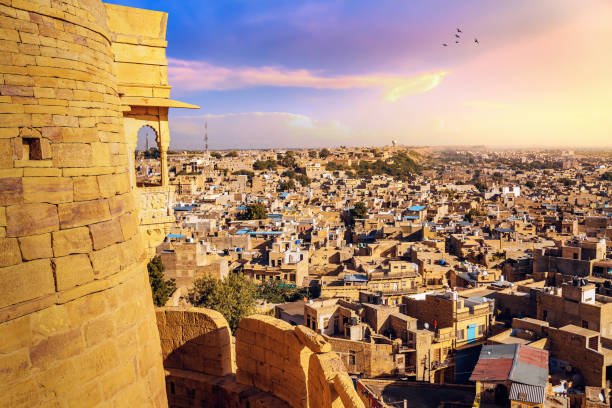 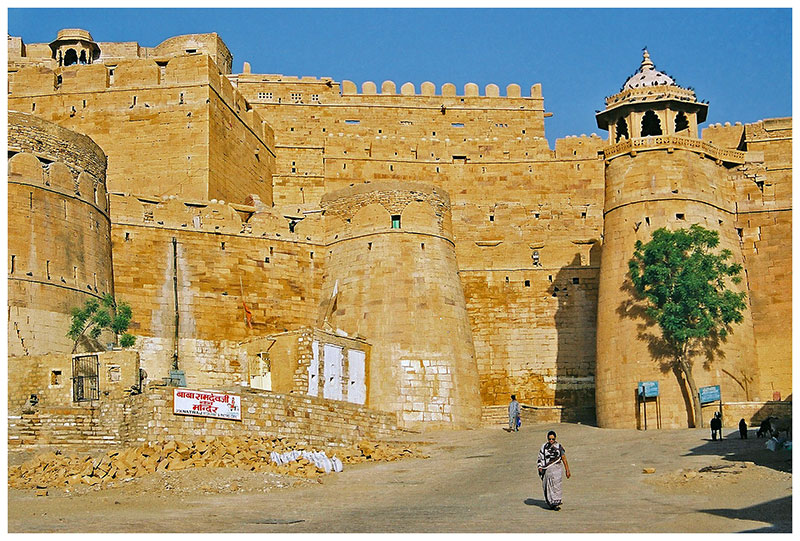 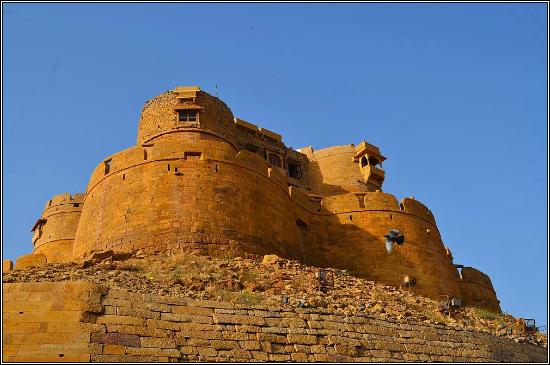 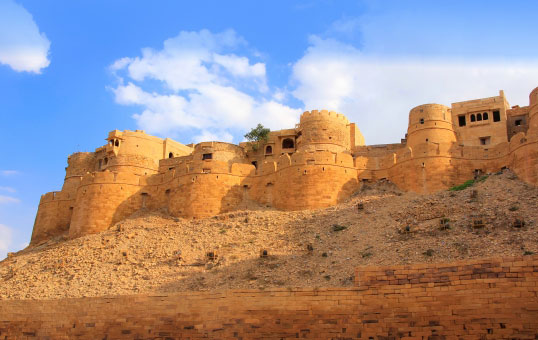